This is the large aproach to the stuff !!

Unfortunatly since i have a girlfreind - no time is left for playing with robots so only parts could be designed and implemented yet.

This ist the view on its mechanics - everithing learnd from BugRug1 was used to make mechanics as simple as possible.
At least he's got a hat now ;-) !

The servos got some speed control l now. 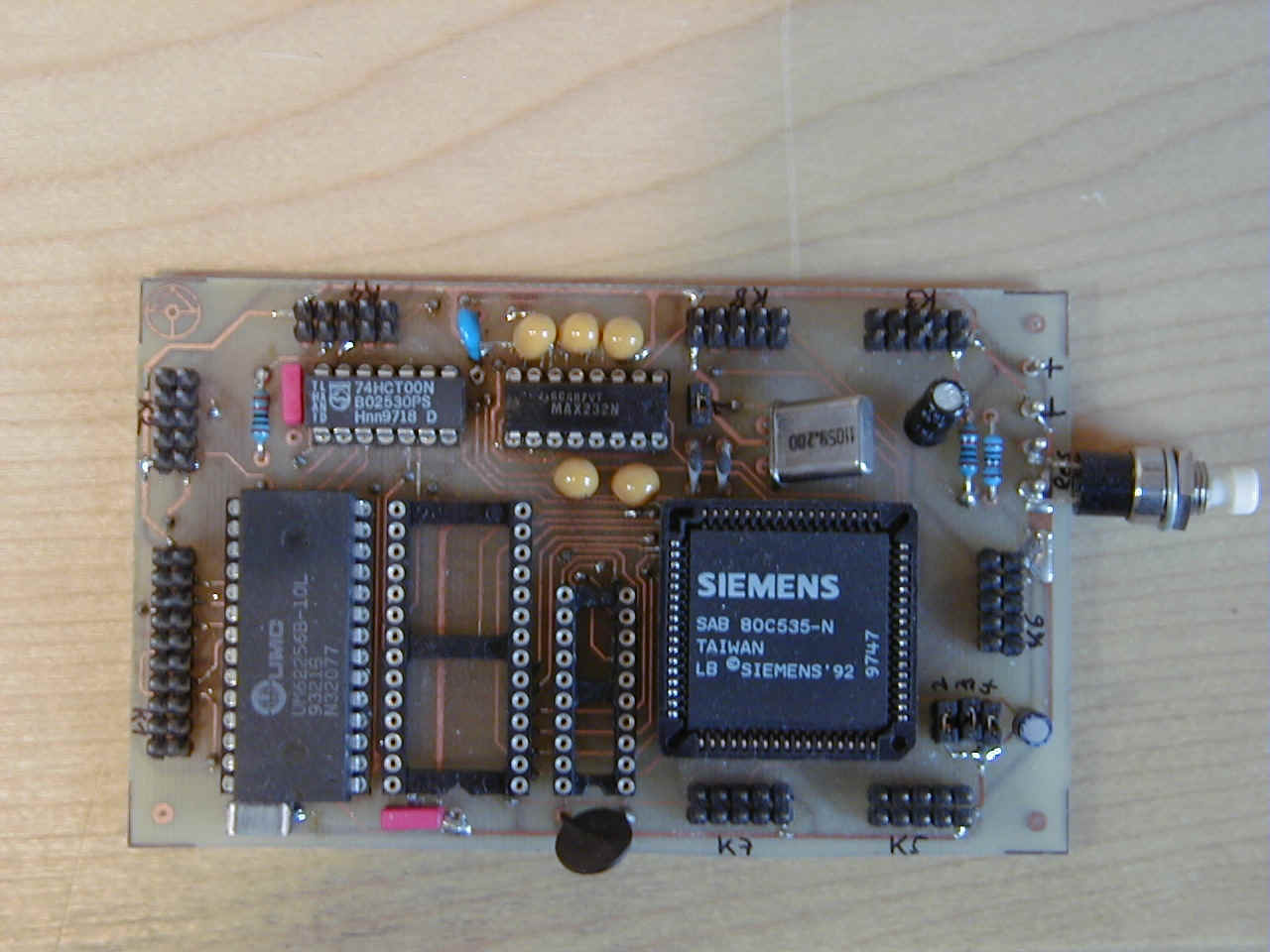 Programmed with a great Monitor Eprom (Paulmon2 ).
Programming is done in C - get the free C-Compiler here (many thanks to Sandeep for it !)
The 80C353 Hardware was derived from a circuit out of the book "Einplatinencomputer" from "Elektor Verlag".